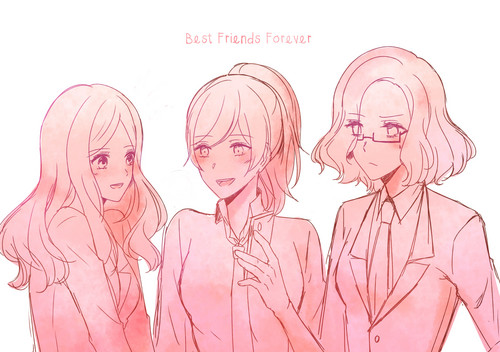 I just wanted to let people know how the survey is doing and remind anyone who wants to vote but hasn't yet, they have until Sunday 22nd  September left to get their feedback submitted.

So far Thorns of War is in the lead, but we still haven't had enough responses to make me think a Kickstarter will be successful.

So, if you want to see a kickstarter campaign happen for either of these , please respond to the very short (only two questions ^_^) survey here:  https://docs.google.com/forms/d/e/1FAIpQLSdKHO4gRVxOAdXN3Xe9j7n8A1IW4BUiNJlDdoxIWkEBbFtIAg/viewform

And if you have the means and the inclination, please feel free to follow us on  tumblr and Facebook, re-blog/like our posts, or do anything (er, anything legal) that is going to get this in front of people who may be interested in it. ^_^

Many thanks for reading and your continued support

Even if you don't get a lot of responses to this particular survey, most of the money you pull in with a Kickstarter usually comes from people who haven't heard of your project before, not preexisting fans! (Unless you're a big shot like Iron Spike with a ton of people following everything you do already.)

So possibly dumb question, but have you posted the survey/discussed the possibility of a KS on the TtoW devlog?  There may be people who follow that game that don't follow BFFs.

Hmm, I had not really considered such a step worthwhile, but perhaps there is something I am not considering at play.

As far as I am aware, people follow the studio rather than the specific games created.  Since I have the title to both games in the devlog title and (in the first survey post, at least) a picture of both characters as the header image, I thought it would be clear it is for both, even though it is in the BFF devlog.

I can see the viewing figures for each devlog and I don't think it is a case of people not reading it because it's on BFF. That said, I will put up another devlog now on TTOW and see if it makes any difference.

Thanks for the suggestion ^_^

EDIT: New post is up. I also used the cutest picture of Charlotte, so if that doesn't get people interested, nothing will. lol